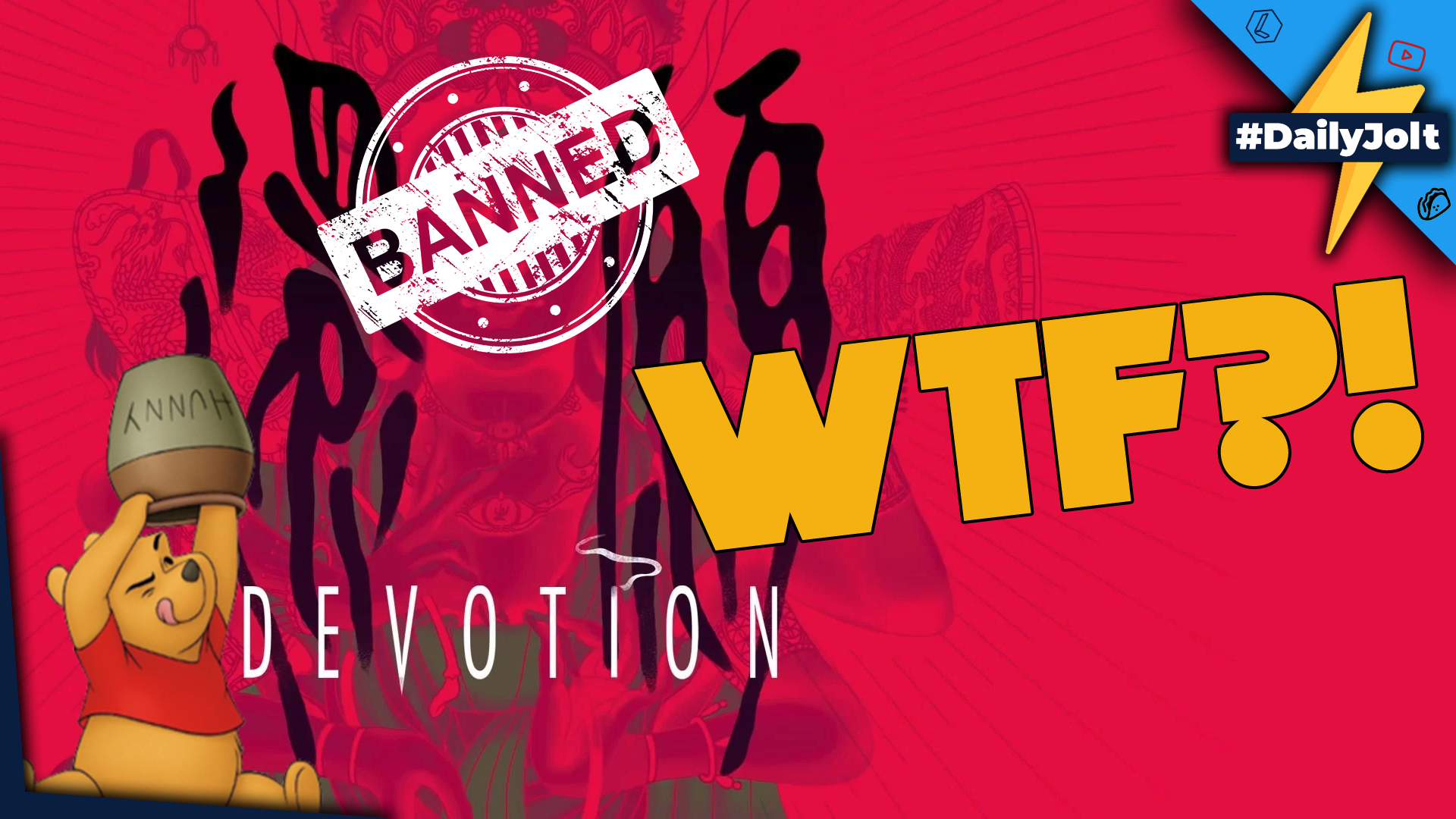 Steam Banned In China Because Of… Winnie The Pooh? #DailyJolt

Devotion by Red Candle Games was set to be the next atmospheric horror game much like PT before it, but something went horribly wrong.

After an art asset in the game was found comparing the president of China to Winnie The Pooh, the game has been review bombed and pulled from Steam, and “steam” is now a banned word in China… this escalated quickly.

Also, let’s talk about just how badly THQ Nordic messed up by doing an AMA on 8chan… which went exactly as well as you might think it went.